Madame Rap is the first French media dedicated to women and LGBT+ in hip hop.

Founded in January 2016, Madame Rap is an NGO that aims to highlight female and LGBT+ artists in hip hop, show that rap is not the most sexist music and fight against sexism and LGBT+phobia through this online media, events (concerts, open-mics…), writing and awareness workshops, panel discussions and conferences.

By trying to open hip hop to a wider audience and fight stereotypes, we have two main goals: densify the social ties and create new ones and make the voice of women and LGBT+ people heard in this artistic and cultural movement. Between popular education and struggle for equality, Madame Rap offers and artistic and humanist approach beyond stereotypes and borders. 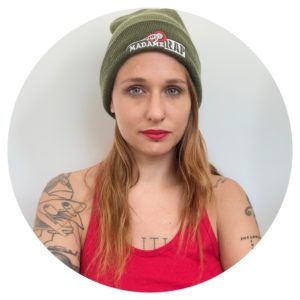 Founder of Madame Rap, Éloïse Bouton is a freelance journalist and a writer.

PALAS : “Women are still compared to each other or reduced to their appearance”

📣Call for female and LGBTQIA rappers