As part of its itinerant residence in Seine-Saint-Denis, Madame Rap organizes an event dedicated to queer and lesbian female rappers on April 25, 2020 at Le 6b in Saint-Denis! 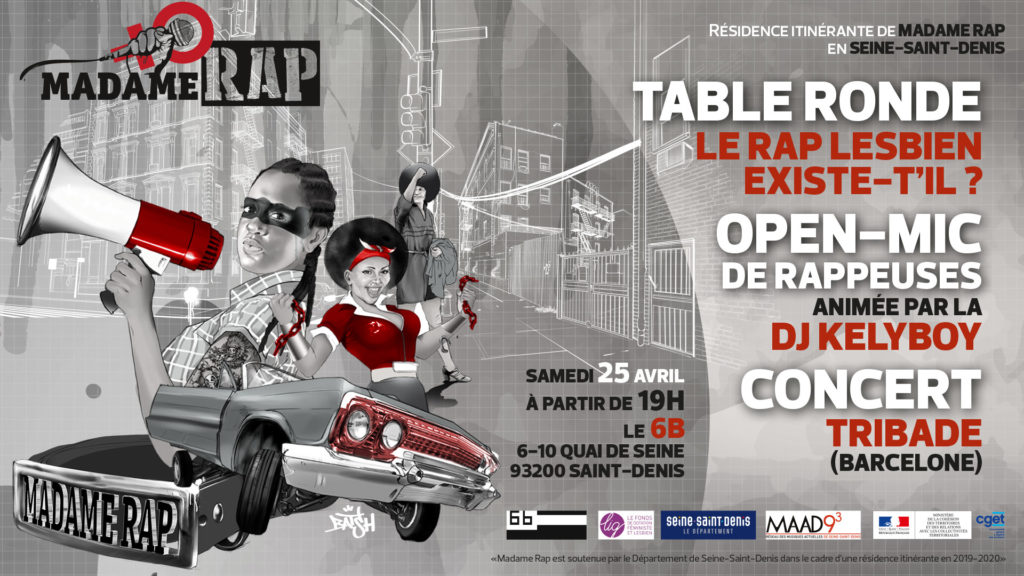 Where the hell are lesbians in rap music? Largely missing from the French scene, they remain more visible in the US and other countries, where a queer scene emerged in the early 2010’s. Far from being mysterious, this systemic invisibilization can be partially explained by the way minorities (women, racialized, transgender, poor, disabled people…) are treated in popular music and society as whole.

However, and paradoxically, rap’s emancipating dimension can offer lesbian artists a space of freedom that is nowhere else to be found. So can we speak about a “lesbian rap”? Which artists make it up? Isn’t it also problematic to label artists? How can lesbian rappers be highlighted without being reduced to their sexual orientation and gender identity?

You are a cis/transgender/non-binary female rapper and would like to perform at the open-mic? Sign up here!

They’re called Bittah and Masiva Lulla. Along with DJ Big Mark, they form the Barcelona rap group Tribade, founded in 2017. With an electro-punk vibe, the queer feminist duo stands against patriarchy, racism, capitalism and the oppressions they perpetuate.