As part of its itinerant residence in Seine-Saint-Denis, Madame Rap organizes the panel discussion “Is rap a political tool?” on February,28, 2020 at 7PM at La Maison Populaire in Montreuil ! 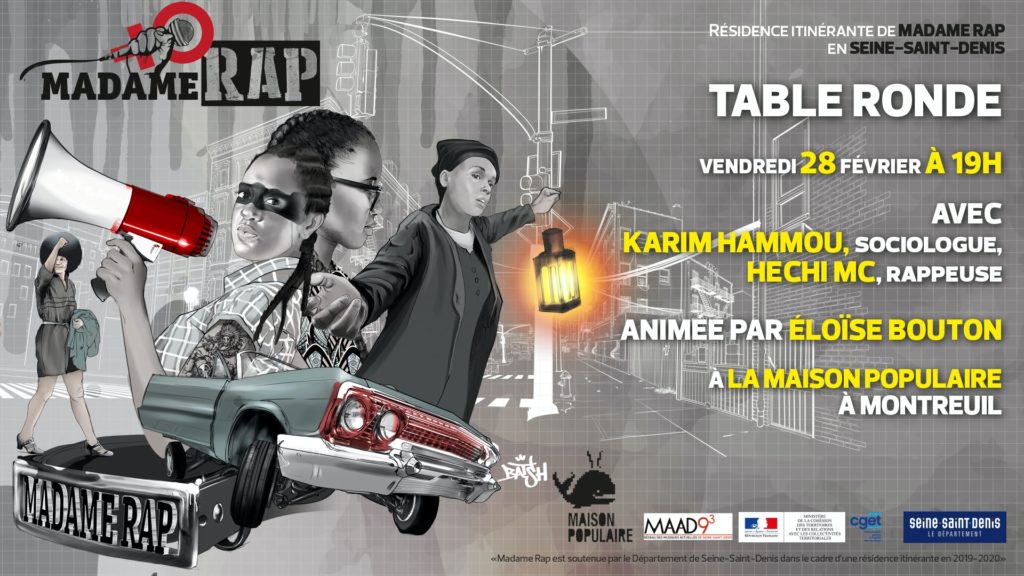 We will talk about the growing number of female and LGBT+ rappers who use rap to convey political messages and defend their rights and artists who see hip hop as a medium and a tool of resistance in totalitarian regimes. Also, we will discuss the political dimension of other rap forms which challenge the norm in their own way. For even when it stands for nothing, could rap be political in itself?

The discussion will be followed by a concert of Billie Brelok + Hechi MC + Pumpkin.

Check out the whole program of Madame Rap itinerant residence in Seine-Saint-Denis.