Launched in October 2019, Madame Rap itinerant residence in Seine-Saint-Denis continues this year! Check out the program of the different events, which is regularly completed and updated. 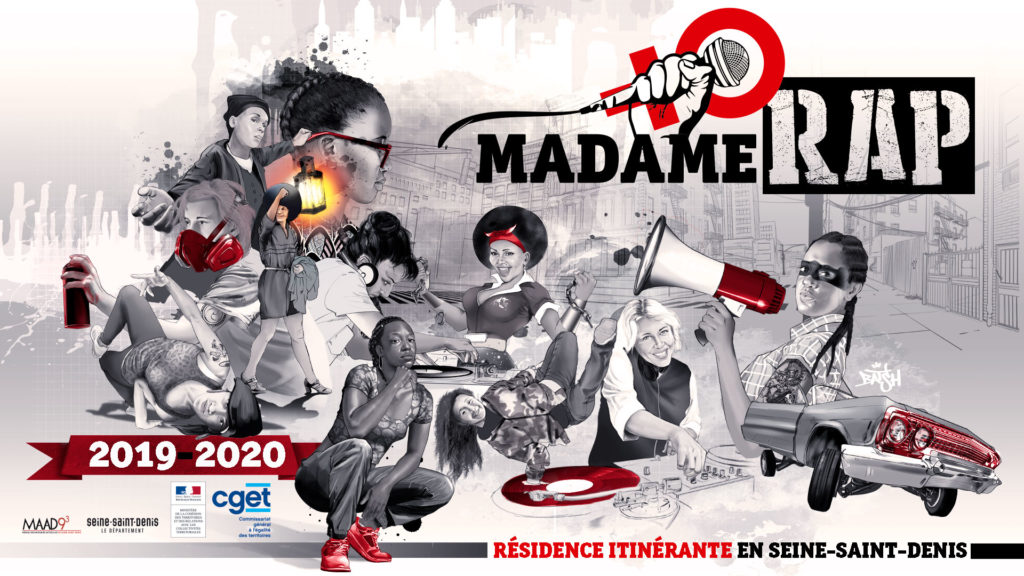 OPEN-MICS and CYPHERS FOR FEMALE AND LGBT+ RAPPERS

You are a cis/transgender/non-binary female rapper and would like to perform at the open-mic on April 25 at Le 6b? Sign up here!