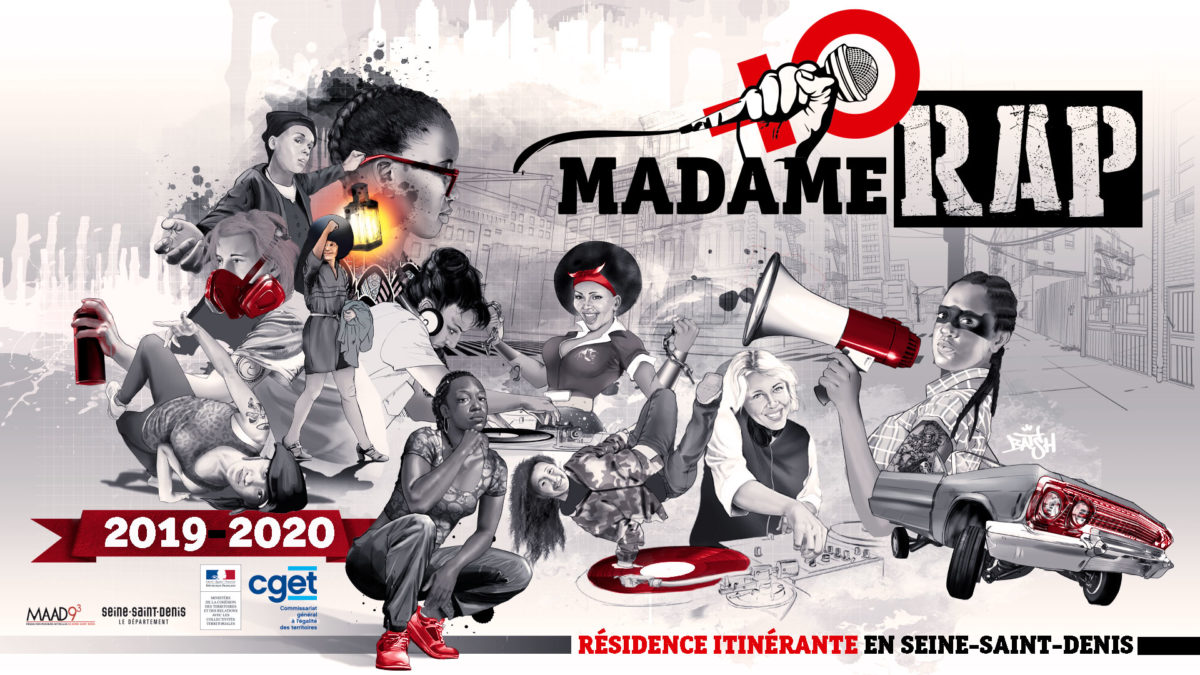 From October 2019 to June 2020, Madame Rap sets up outreach initiatives focused on rap, LGBT+ and gender equality  in different music venues of the department.

These open-mics are dedicated to rappers who identify as women, non-binary or transgender.

These concerts aim to:

WORKSHOPS TO RAISE AWARENESS ABOUT SEXISM AND LGBT+PHOBIA

DJing and beatmaking workshops for children

Led by women/LBT+ beatmakers and DJs, these workshops aim to introduce children to DJing and beatmaking and:

These trainings are dedicated to professionals of the music venues who welcome the residence and aim to:

Each of these initiatives aims to think and act on the long term and:

These different initiatives will take place in several music venues of the MAAD 93 (network of developing contemporary amplified music in Seine-Saint-Denis) :