They’re called Bittah, Sombra Alor and Masiva Lulla. Along with DJ Big Mark, they form the Barcelona rap group Tribade, founded in 2017. The three queer feminist rappers told us about the birth of their trio, their album Las Desheredadas released last February and autonomous feminism.

When and how did you discover hip hop?

We discovered hip hop when we were teenagers, a special age when you absorb things really deep and you need to express yourself somehow. Rap music has something within its codes that touches some people really deeply, not only because of its discursive capacity, but because of its power and forcefulness.

How and when was Tribade founded?

Tribade was born two years ago, in 2017, in Barcelona, when MCs Masiva Lulla and Bittah met and then with the arrival of Sombra Alor and DJ Big Mark. At the time, feminist and hip hop movements began to unite in several squats.

How would you describe your music to people who never heard it before?

It is mix of speech (message) and esthetics. Culture, resistance and urban music.

You are independent artists. Is it a choice?

We have the support of Propaganda pel Fet!, an independent record label and management office and a Catalan cooperative with a long history of supporting alternative and committed artists. This support does not bring any contradiction to us, because we share the way we understand both music and the music industry. 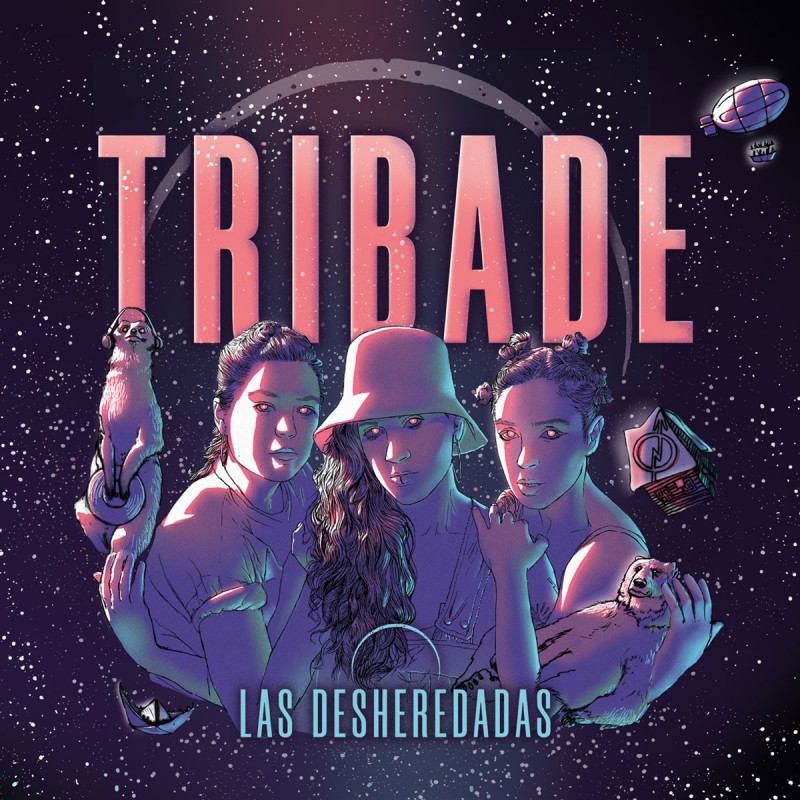 You released the album Las Desheredadas last February. Who are these “desheredadas”?

The track La Purga is a strong queer and feminist anthem. How was it received in Spain?

Originally, we thought that La Purga would be strongly criticized… Not from outside the feminist movement but criticized within the feminist movement itself; and we must say that in fact we made this song aiming for a stronger sorority. The point is that after launching the song, we received a massive positive feedback that opened a necessary debate on this topic.

Was the video shot in a real church?

Yes, the video was shot in a real church, which is now desacralized and belongs to the Catalan Cinema Institute.

Do you identify as queer rappers?

We may identify ourselves as queer rappers when understanding “queer” as an autonomous feminism that includes all the trans, dissident and gay identities under the ideas of antiracism and anticapitalism.

What kind of feminism do you most relate to?

We support and relate to autonomous feminism, a feminism that takes into consideration various oppressions, and therefore, to intersectional feminism. And also a feminism that sees patriarchy and racism as crucial parts of capitalism when perpetuating oppression.

We are focused on constantly improving our live show and working on new featurings and collaborations with other bands we feel keen on. We are also always trying to experiment with new sounds, getting deeper in new speeches and concepts as well as debates and visual identities.

We find this a very interesting and successful idea. There are not that many media exclusively devoted to rap made by women. As far as we’ve seen, in France, the visibility for women on the rap scene is miles ahead from Spain: for instance, a few years ago, before launching Tribade, some of us performed at the Femcees Fest in Saint Etienne, an international event for female rappers. So, lots of love and support for Madame Rap and thanks for your interest!!!!